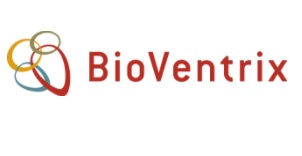 BioVentrix, Inc. a pioneer of technologies and procedures for less invasive treatment of heart failure (HF), announced enrollment of the first patient in the U.S. arm of the ALIVE pivotal clinical trial. The trial is designed to demonstrate the safety and effectiveness of the Revivent TC™ TransCatheter Ventricular Enhancement System; a hybrid closed-chest procedure to treat patients suffering from heart failure symptoms related to cardiomyopathy. BioVentrix previously received investigational device exemption (IDE) approval for the study from the U.S. Food and Drug Administration (FDA).

“UPMC remains at the forefront of implementing promising less invasive therapies to address the need for better heart failure treatment. We are pleased to be the first U.S. center to implant the Revivent TC System as part of the ALIVE clinical trial. The procedure aims to reshape the left ventricle, decrease the Left Ventricular End Systolic Volume Index (LVESVI), and increase the Ejection Fraction (EF). The patient was discharged shortly after the procedure and is recovering well,” said Dr. Toma.

“The LIVE procedure is less invasive and less traumatic than conventional surgical reconstruction. It expands the patient population that can be treated by reducing the procedural risk. The patient was able to undergo this procedure without having to perform a sternotomy or employ cardiopulmonary bypass,” said Dr. Sciortino.

The ALIVE trial plans to enroll 120 patients at up to 20 sites in the U.S. and U.K. with a primary endpoint analysis at 1 year. The trial endpoints include positive effects on volume reduction, ejection fraction, quality of life (QOL), New York Heart Association (NYHA) Class, 6 minute walk test, and rehospitalization. Readmission rates following heart failure hospitalization remain high using standard therapies, with ≥ 50% of patients readmitted to hospital within 6 months of discharge. Left Ventricular volume reduction has been shown to significantly impact short and long-term survival rates. Annually, over 1 million patients are hospitalized with a primary diagnosis of heart failure, accounting for a total Medicare expenditure exceeding $17 billion.

About BioVentrix and the Revivent TC System
BioVentrix, a privately held medical technology company headquartered in San Ramon, Calif., is focused on developing and commercializing minimally invasive therapies for treating HF. The company has received CE mark certification for its closed-chest Revivent TC TransCatheter Ventricular Enhancement System for plication of scar tissue in post-MI, ischemic cardiomyopathy patients. Placement of the Revivent TC System via the LIVE procedure obviates the need for more invasive surgery. Instead, small titanium anchors are placed along the outer surface of the heart and along one of the interior walls via a catheter-based approach. The anchors are then pulled towards one another, effectively excluding the scarred and non-functioning heart wall. Ventricular volume is immediately reduced as a result of the exclusion, by as much as 30-40 percent.